Why does China matter to gold investors? The answers are quite straightforward, but perhaps better explained by the three graphs we’ve laid out for you today.

Why China Matters for Gold in Three Charts

Why does China matter to gold investors? The answers are quite straightforward, but perhaps better explained by the three graphs we’ve laid out for you today.

Chinese savings are on the rise and were a pillar behind the surge in gold prices for the past decade. The Chinese economy has been expanding at an enormous rate and income has gone up manifold. Chinese, however, save a lot of their income, which means they have to invest it. Yet the alternatives for Chinese investors have been scarce: savings account had, until recently, negative real interest rates, stocks are generally perceived as unsafe, and the housing bubble is beginning to unwind. Gold, of course, is the asset that is poised to profit the coming years as a haven for variety-lacking Chinese investors. 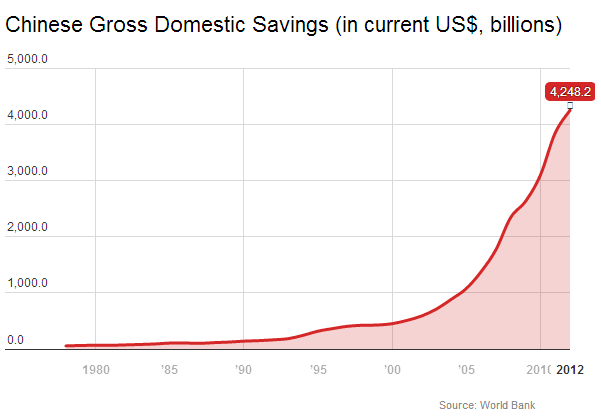 You already read (perhaps unknowingly) a spoiler of our second chart that shows why China is the key to higher gold prices: the Chinese CPI and its correlation to the gold price. Chinese have few alternatives when it comes to investing their savings. They can’t invest in foreign stock markets or currencies, but they do seek some protection against the generally high inflation. Gold was a logical alternative for the Chinese, as well as an alternative that is actually championed by Chinese governments officials. Recently, however, CPI-numbers have been coming down and for the first time since years the interest rate on savings accounts has become positive. As a consequence, some weakness in gold demand can be expected from China later this year.

As you can imagine by now, Chinese demand for gold has been booming for the past few years. It is the law of exponential growth at work. Koos Jansen showed how monthly physical delivery on the Shanghai Gold Exchange equals Chinese gold demand. Thus, in order to understand this chart, you’ll have to take into account that SGE physical delivery = Chinese gold demand. As you can see below, Chinese gold demand has been outstanding and 2013 is the strongest year on record. It evidences the increasing disposal income of Chinese citizens, and for now they prefer (in part) to buy gold. 2014 started off at the same rate, but — as we’ve discussed earlier — might go down somewhat rather sooner than later. We can expect nevertheless a high demand for gold from China in the years to come, despite any potential short term weakness. 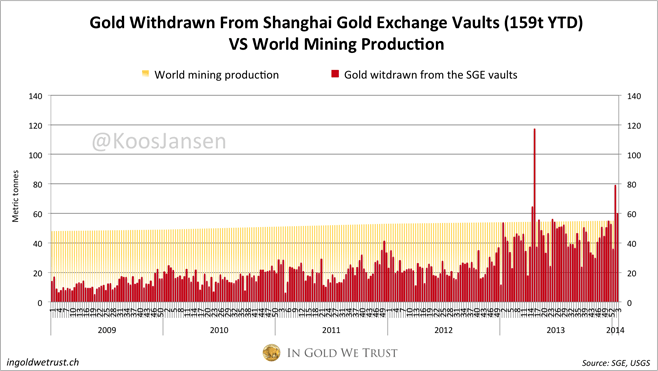 Bonus Chart: Gold One of the Best Performing Assets in Q1 2014

Gold is the best performing asset so far this year. Gold was poised to move higher after the widespread and overblown negativity it attracted at the end of 2013. However, gold already retreated significantly in March and might correct even lower for several reasons, as we’ve discussed over the past few weeks. In the long run, however, this outperformance will prove to be more enduring than last quarter. 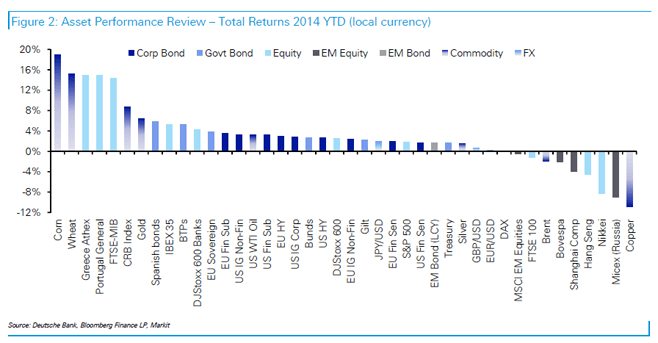